One of the largest programmes of water vole reintroduction ever undertaken in the UK has been completed with the release of the final 150 voles into the waterways of Kielder Water & Forest Park by the Restoring Ratty project, taking the total number by the end of the week to over 2000.

Funded by National Lottery players through a grant from The National Lottery Heritage Fund, the aim of the Restoring Ratty project partners -Northumberland Wildlife Trust, Forestry England and Tyne Rivers Trust - was to restore populations of this endangered mammal to the Kielder catchment of the North Tyne with a view to their eventual spread throughout western reaches of Northumberland.

The first release of 325 water voles took place in in June 2017 following a 30-year absence in the area. The last batch have been released during August this year, with 39 release sites in between.

With sightings around the Kielder area being reported including one when a school group was on site and nearly running over somebody’s foot, it’s apparent that they have spread more widely from the release areas.

Over the past four years, the Restoring Ratty project has brought communities together, engaged with 2083 schoolchildren and students from 23 establishments and held 61 community events, training days, talks to and student visits despite lockdowns and government restrictions.

Moving forward, the project partners are working with a number of interested partners to continue the captive breeding of the line of northern water voles released into Kielder rather than start again for any future water vole projects in the north. The intension is to use the skills and experience gained by the team to enable other reintroductions from Yorkshire northward, reversing the decline in water voles experienced in the UK

Kelly Hollings, Restoring Ratty Project Officer said: “Restoring Ratty has been a fantastic project to work on.  It’s really brought people together, our volunteers have had a great time and we’ve had so much support from the local community and local businesses especially the First and Last Brewery in Elsdon, local shoppers via the Co-op Community Fund and the Ray Wind Fund.

“It doesn’t feel like the end of a project, but like the beginning of a new era.  Now Ratty has returned to Kielder, we need to protect them and keep monitoring for mink, surveying habitats as well as working with local landowners to ensure they continue to thrive.

Tom Dearnley, Forestry England Ecologist and Chair of the Kielder Water Vole Project said: “We’re delighted that not only have water voles returned to Kielder Water and Forest Park, but so many organisations in Northern England are now also developing plans to reintroduce this important mammal. The skills which our team have developed will help this become possible and we hope the future for water voles is a bright one as a result.”

Liz Walters, project manager at Tyne Rivers Trust said: “It’s been fantastic to play our part in helping to re-introduce this native species to the Tyne river system. By working with our brilliant volunteers to monitor for mink, the water vole’s main predator, we were able to make sure they had a safe environment to be released into. We hope they continue to thrive and link with other populations of water voles across Northumberland.” 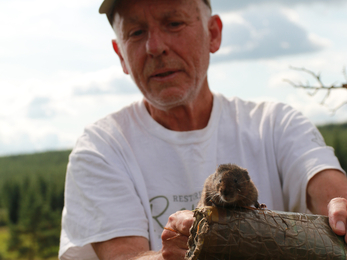 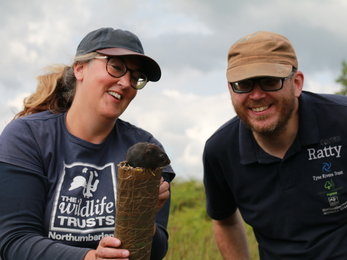 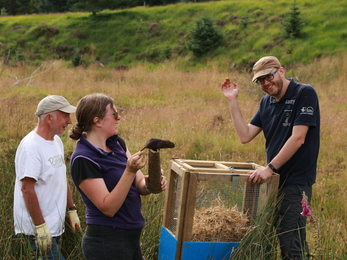 The very last water vole to be released. Image by: Katy Barke. 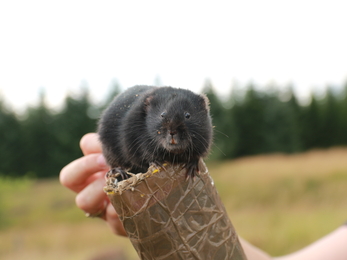 Almost ready for the off

Mice to see you again

Hot on the heels of their four legged predecessors, a further 100 harvest mice have been released onto Northumberland Wildlife Trust’s…