Wait is finally over on Northumberland reserve

Wait is finally over on Northumberland reserve

After years of waiting to see if harvest mice will make Northumberland Wildlife Trust’s East Chevington nature reserve their permanent home, the wildlife charity can now report that the wait is finally over, following the discovery of 12 nests.

In 2004, 240 harvest mice were released on the East Chevington site, however, in the following months and years, surveys and searches didn’t show any signs of mice or nests, which led conservationists to think the reintroduction, may not have been successful.

Fast forward to autumn 2019 and, as part of the Catch My Drift project on the reserve, volunteers carrying out grassland surveys discovered two nests on two separate locations on the reserve - all built by descendants from the originally (2004) released mice.

Spurred on by the discovery, this summer a large private donation enabled the project team to release 200 harvest mice onto the East Chevington reserve.

It was hoped that the 185-hectare East Chevington site with its extensive reed beds would prove a successful breeding ground for the cute animals, which weigh the same as a 10p coin.

This week, the Catch My Drift staff and volunteers spent five hours surveying where the harvest mice had been released in June and August - a painstaking process involving searching for nests made from balls of grass, the size of a tennis ball, hidden amongst a very grassy area.

Needless to say, they were all delighted to discover five nests and signs of feeding through remains of seeds no more than 3mm big - never found before, and an indication of an established colony on the site.

Speaking about the discovery, Sophie Webster, Catch My Drift Project Officer said: “What a fantastic find and so rewarding for the volunteers who spent five hours searching through the grass in the cold. It’s also great news for our private donor who generously supported the work earlier in the year.

“We started off in lockdown and then gradually edged back into our full volunteering programme. To end the year finding 12 nests in two days is just wonderful. We now have six times more nests than ever before, and to find them in such close to the summer release site of the 200 mice shows they have already boosted the breeding population.”

The Catch My Drift venture at East Chevington is a three-year initiative backed by £418,000 from National Lottery players, via The National Lottery Heritage Fund, to improve the reserve’s habitats, species numbers and upgrade access to the Druridge Bay site.

Although part of the wider Catch My Drift project, the harvest mice project was funded by a generous private donation. 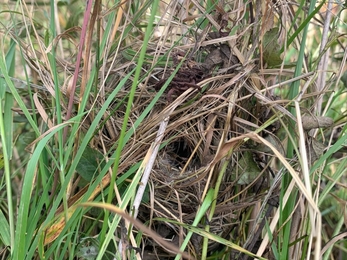 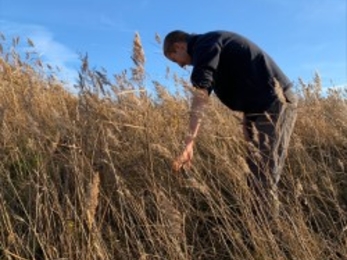 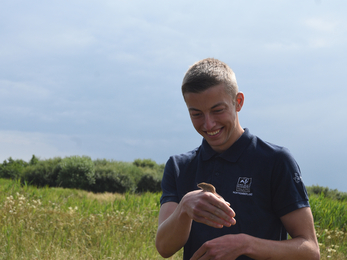 Get a wriggle on this half-term

Northumberland Wildlife Trust’s Catch My Drift project team is celebrating the wonderful world of worms this half term.

Mice to see you again

Hot on the heels of their four legged predecessors, a further 100 harvest mice have been released onto Northumberland Wildlife Trust’s…

Head to East Chevington for some wild fun this summer

Whether there are red, amber or green travel lists in operation this summer, one thing is certain, Northumberland Wildlife Trust’s East…