The first week and a half of June was the busiest time for the Restoring Ratty team. It was what we had been building up to all year, the next release of water voles into Kielder Forest. For this release, 237 of the critters were released taking the total amount of voles reintroduced to around 1200 which is excellent news.

For Kelly and Graham, the release is extremely complicated as they try to co-ordinate the entire logistics of the release, whilst also providing plenty of tea and coffee for the volunteers! After showing the release sites to Coral, who works for Derek Gow Consultancy and who was also responsible for bringing the water voles up from Devon, we constructed the release pens, filled them with straw and left them by the forest tracks ready for voles to be brought along.

The next day was the most exciting day of the entire release process as this was when we were able to see the water voles for the first time. For myself and the vast majority of other people present, these were the first water voles we had seen with our own eyes. Once Coral had placed the water voles in the pens, we carried them down to where they would be released. Each pen needed two people to carry it and they provided a few comedy slips on the uneven ground. Once the pens were in position they were covered with branches to provide shade.

During the rest of the week, we had to feed the voles each day and after a couple of days, we attached baffle boards to the front of the pens which meant the voles could come and go whenever they pleased. Kelly even had time to make an appearance on TV! In between all of this, Paul from Devon Wildlife Trust came up North to help out with the school groups who were visiting during the release week. As Paul has also visited Derek Gow’s farm where the water voles are bred, it was good for him to see the final stage of the process. One morning, we headed up early to Kielder where we were lucky enough to see an osprey fishing as well as four red squirrels so it seems Paul was a lucky charm too.

Over the weekend, the final baffle boards were added and the voles were fed again, with some of the voles having already decided to take the plunge into their new home. The final few days of the release were a lot more relaxed, as the only task was to empty the pens of straw and return them back to the Coral. Nevertheless, there was still a never ending supply of tea, coffee and biscuits! All in all, it was incredible project to be a part of and I couldn’t thank Graham and Kelly more for what they have done for me over the last nine months. 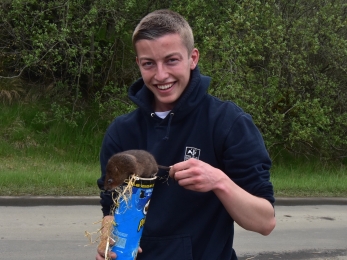 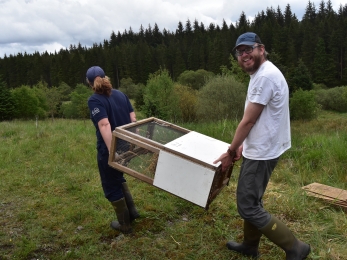 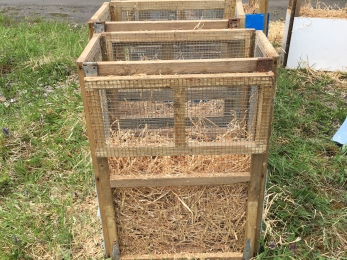 My Work Experience Placement with NWT 9

As I write this blog, there is exactly one month of my placement with the wildlife trust left, which is very scary as the past eight…