The winter is a quiet time for the Restoring Ratty team, before the spring surveys start again, which will then lead into the next release of water voles in the summer. In preparation for the release, myself, Graham and Kelly have been scouring more remote areas of the forest searching for potential release sites accompanied by their wonderful spaniels, Poppy and Yogi whose presence is close to being my favourite part about working on the project.

Also, throughout the month, new interpretation boards have been installed at Kielder Castle and the bird hide. Furthermore, myself and Graham ventured down to Hamsterly in Durham to look at their adventure trails with the aim of recreating a Ratty themed trail.

In the first week back after Christmas I was able to check the footage of the camera traps which are dotted near monitoring rafts around the forest. The water voles themselves are proving rather elusive to catch on camera despite footprints showing they are still around. However, we have got great footage of other creatures such as mice, heron and an otter. Many of the rafts in burns, which are likely to vary in level, have been hauled out onto land to prevent them becoming damaged and salt has been added to the clay in order to prevent it freezing.

Ratty ale is continuing to grow in popularity and it is now available at numerous places across the county. There was even a brief shot of the ale on BBC Countryfile, as Red from the first and last brewery was interviewed. 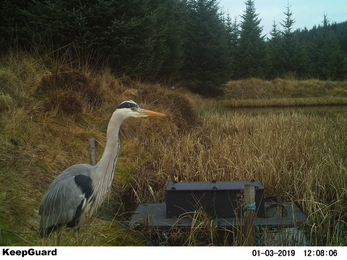 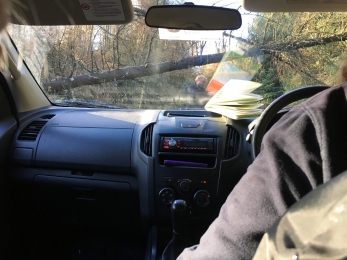 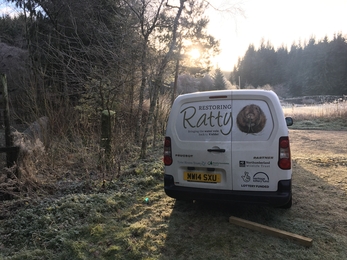 Restoring Ratty - a shout out to our volunteers, crumbs we miss you!

The Restoring Ratty team are really missing everyone during this difficult time. Here's a brief hello and update from Kelly…