Restoring Ratty - a shout out to our volunteers, crumbs we miss you!

https://www.facebook.com/RestoringRatty/
The Restoring Ratty team are really missing everyone during this difficult time. Here's a brief hello and update from Kelly Hollings.

How are you all keeping? I said I’d keep you informed of our endeavours but since then all field work has been suspended, so we’ve only been out once! Last Monday Graham and I thought we should go out and see if we could find all of the mink rafts. Graham set off and successfully completed the Isuzu mink monsters route, and as Mel discovered (on his illegal but isolated walk…!) Hawkhope and Waterhead need new baskets and Stanley cross should be made a LBR again as the raft needed to be lifted; it doesn’t like it in the water here does it?

Meanwhile I carefully negotiated the Vole-unteer Route with three passengers named, Aidan, Ivy and Zoe in the Ratty van, and managed to not get a puncture! I must say Mel, your routes are fab and the rafts were all easy to find. It took me a good while longer than Graham with my three passengers as we had to include play time and lunch time. The children learnt how to map read and listen to the drumming of woodpeckers, plus they saw a fab view of a roe deer and were vaguely interested in wildlife for the day! The ponds were full of mating toads too which caused much amusement but it really was a truly amazing spring day and unbeknown to us at the time, our last one in the field. I didn’t manage to check four rafts, all on the south side of the reservoir, Humble Burn, Stower Hill, Nishaw Burn and Broomy Linn. I naively thought I could do them another time that week. Hopefully they’re faring OK as they had only just gone back out.

At Bull crag, the clay was very sloppy and wet, so topped it up with extra clay. Matthews Linn sike pond had drifted on to the bank, so I used my extra people power to push it back in to the pond, the ground here is very squelchy! The clay had washed off at March Sike so it was re-topped up, Archer Cleugh pond was where we saw roe deer and lots of toads; toads galore were also spotted at the wildlife pond. All in all it was a fabulous day and it was great having three little barrier openers with me!

So now all field work has been suspended, which makes me sad. Working from home has been a challenge and from 1st April onwards, I’m taking furlough. I’m not sure how long for, but at a guess I’d say at least until mid-May. This leaves me feeling two emotions; relief that I don’t have to juggle work and teaching the children and a little bit of abandonment that I’m out of the loop for a while, but needs must. Graham will be holding the fort for the foreseeable future and will keep in touch with you as best he can. The rules to being furloughed are very strict so I won’t be able to check work emails or turn on my work phone from tomorrow onwards. So you can always contact me through Graham who has my personal email address if you want to stay in touch!

As far as Restoring Ratty work is concerned, it will be only essential activity for now. This does include mink monitoring and management, which for now Forestry England have classified it as an essential conservation duty. As predicted though, it’s become clear how much you all do for Restoring Ratty and how much we’re going to miss your support. Hopefully this is just a pause! I spoke with Derek Gow yesterday, our voles have been paired up for breeding, so let’s hope that the release in June will still be able to take place. Be well all and see you on the other side! 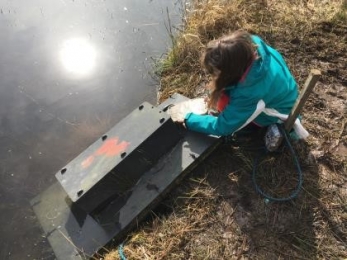 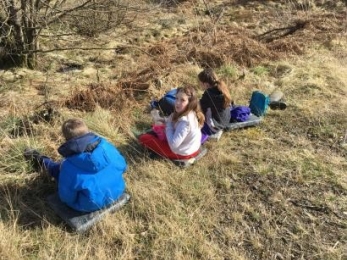 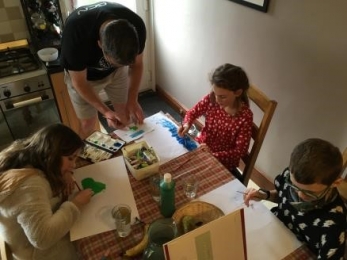 Hi all! Crikey where has the time gone, we haven’t written a blog since May! In spite of Covid-19, we have had a busy summer and were…

Hi everyone, Graham has been expertly holding the fort for the past six weeks whilst I’ve been furloughed. Field work can now be…

Restoring Ratty - On towards summer

As we move further into spring and on towards summer, we move into the busiest time of the year for the Restoring Ratty team. The…